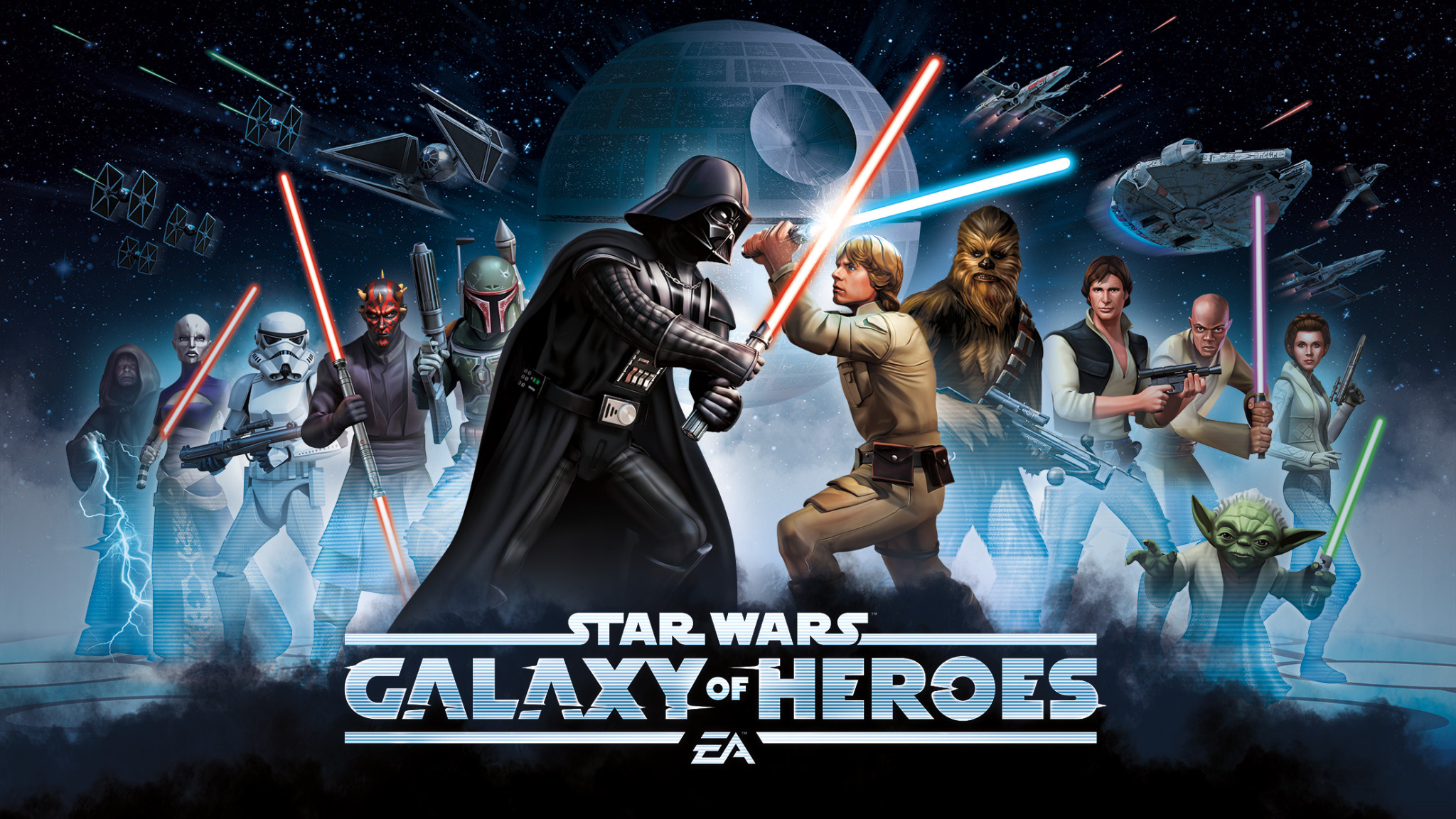 Hey there Star Wars fans! Today were going to talk about the Star Wars game Galaxy Of Heroes where players can become masters of the holo tables. Star Wars galaxy of heroes is a game where players collect shards, or pieces to unlock new characters with. Besides shards, another way to collect characters is through chromium data cards starting at 350 crystals each. Crystals are one of the many forms of currency in Galaxy Of Heroes.

Then players can pick their five best characters to make a battle squad to fight other squads, villains and even some other heroes. All of your favorite star wars characters including Kylo Ren, Poe Dameron and Rey from The Force Awakens. One cool feature of galaxy of heroes is that when you reach a certain level you’ll unlock squad arena where the game matches you up with other players around your squad’s skill level to battle against each other. The more power your characters have, the higher your squad’s skill level will be.