Walt Disney acknowledged that the name “Disney” had become a thing, a genre, an entity separate from himself.  By Walt’s design, he had become was a character, a front man for a grander idea.  Many of you remember seeing Mr. Disney on television pitching some amazing story about Disneyland, that latest picture, or some stylized view of the not-so-distant future.

For most folks today, though, the “Walt” is nowhere near the “Disney.”  Outside of the devoted minority who dwell over Disney history, “Disney” represents a massive machine that can pump entertainment into us quickly and efficiently.

The brand new Walt Disney Family Museum is putting the “Walt” back in Walt Disney.

On October 1st, the museum will opened to the public in San Francisco’s historic Presidio.  Situated inside a 100-year-old former military barracks, it’s is surrounded by a strange nostalgia—the museum sits in a line of restored 1890s buildings on a parade ground that overlooks the San Francisco Bay and the Golden Gate Bridge. 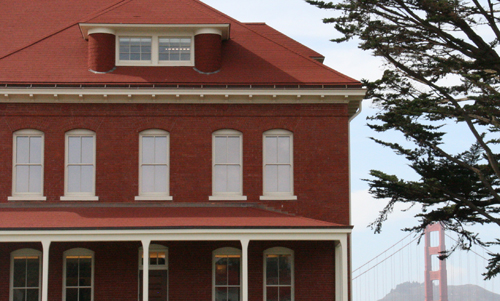 The museum is very much the work of Walt’s surviving daughter, Diane Disney Miller, who has created the Walt Disney Family Foundation.  This nonprofit—funded entirely by Ms. Miller—runs the museum without any additional corporate backing, not even from the Walt Disney Company. For locals the Presidio offers a sanctuary from the city.  It’s a hip place to hang out or even work—the Internet Archive and Industrial Light and Magic are part of the Presidio’s rebirth.  For the Walt Disney Family Museum the location remains close to its founders, Diane Disney Miller and her son Walter E.D. Miller.  The choice of San Francisco offers a neutrality to Walt Disney’s life that enables to the museum to have a sense of awe and class that could have been overshadowed in Hollywood, Burbank, or even Anaheim. 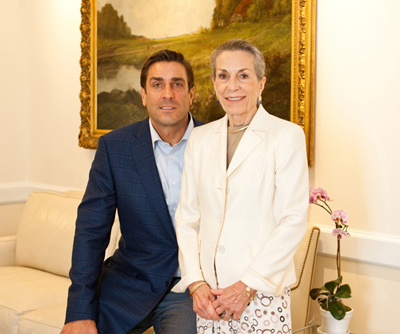 At a cost of $110 million, the museum is a solid E-Ticket all the way.  Walt’s life and work is explored through ten galleries that use detailed displays, monitors, and interactive elements that show the rise of kid cartoonist to “Showman of the World.”

You enter the museum on a timed admission, greeted of an attendant dressed in a purple costume that looks more like a bellhop than a gallery guide.  The ticketing and lobby area are overflowing with some of Walt’s many honors and awards.  Waiting to enter, this room is the preshow:  cases filled with gold and silver trophies, medals, and plaques unapologetically present the Disney achievments.  The number of awards is overwhelming, from his seven miniature Oscars—honoring technical achievement for Snow White and the Seven Dwarfs—to the Key to San Francisco, given to Walt in 1958 by Mayor George Christopher.  Hiding in the cases are some unusual, too, like a Golden Cowbell from the National Dairy Farmers Association. 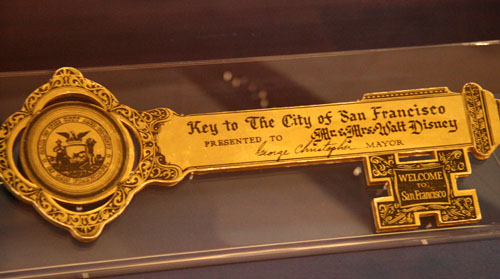 The lobby also includes furniture from Walt’s firehouse apartment at Disneyland.  A small area duplicates the decoration of the room with chairs, table, lamp and exact duplicates of the wallpaper and carpet. 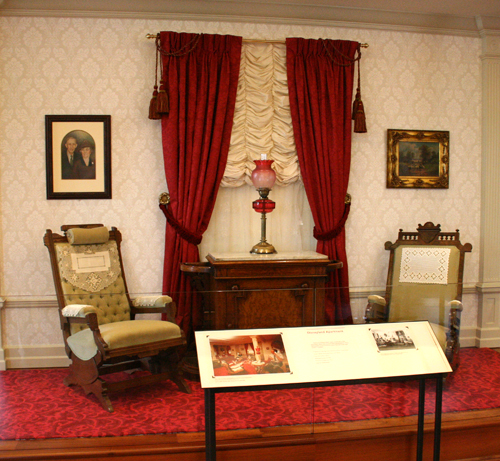 Original furniture from Walt Disney’s Disneyland apartment on display in the museum’s lobby.

As you examine all these artifacts, the queue to the front door brings you closer to another attendant who takes your ticket.  On my visit, my timed entry ticket was for 10:00-10:15am.  I arrived just after that time and entered without a problem.  Tickets are still available to buy on site, but I imagine buying online guarantees one does not have to wait long to enter.

The first gallery explores Walt Disney’s early childhood and his family.  The room, decorated in a classic red wallpaper, feels like a 1900s parlor with all the family pictures nicely lined up.

Half the room is taken up by a World War I ambulance, similar to the one Walt drove as a 16-year-old in France.

Between the static photos there are huge framed screens that play videos narrating Walt’s childhood with a puppet-theater style of moving cutouts that synch with Walt Disney himself talking about his youth.  The animation is engaging and filled with amusing details—“People would come from miles around to see our orchard!”  (Walt). 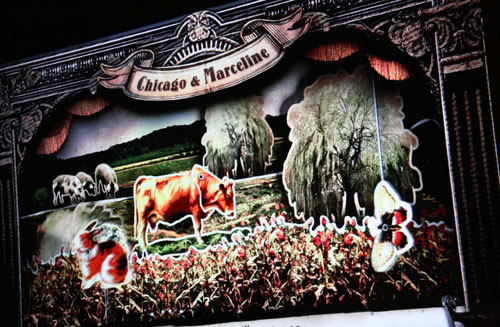 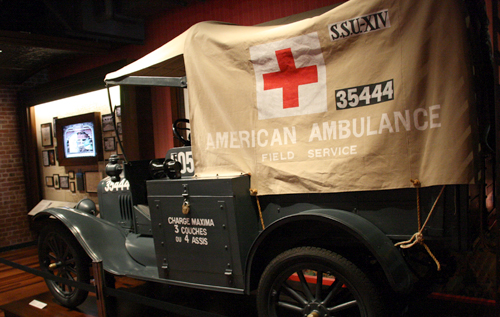 A replica of the kind of ambulance Walt Disney drove as an ambulance driver for the Red Cross in World War I.

Another video screen explains how Walt got himself into driving an ambulance in World War I:  Walt convinced his mother to change his date of birth on his Christening certificate so he could apply to the Red Cross.  The animation shows flat versions of Walt and his mother, Flora, negotiating the white lie.  Again, Walt narrates the animation: Flora Disney, turns her back to the certificate and turns 1901 into 1900.

The room is small and, at first, is a bit cacophonous with all the screens playing Disney’s narration at the same time.  The muddled sounds die down as you step closer to each screen, where the sound is focused.  The room feels like a family gathering where everyone is talking at the same time and you get to move from group to group and hear different parts of the same story.  You almost feel part of the Disney family.

The adjoining room explores Walt’s first few jobs at a Kansas City commercial art agency and Walt’s first voyage into animation, Laugh-O-Grams.   Clips from these crude, early cartoons play throughout the room with—a reoccurring theme—Walt talking about these early animation attempts.  Camera equipment and a reproduction of Disney’s first animation camera rig accent this small room, which has an unfinished feel: the walls have furniture and equipment sketched out, as in a blueprint.

The layout of this gallery echoes the time in Walt’s life … small, and transitional.  Laugh-O-Grams goes bankrupt in 1923 and Walt takes the train from Kansas City to Los Angeles with $40 in his pocket.

An elevator door with a Santa Fe logo beckons you upstairs, for bigger and brighter things:  Hollywood.

Go on to Part 2, going gallery by gallery through the Walt Disney Family Museum